In my life recently there has been interest in my free time. When people ask me if I’m getting enough rest or what I enjoy to do in my free time I mostly laugh at them. This has been the story of my life for many years now. I work full-time and I go to school full-time. Those two in themselves is enough to consume my entire life. I find it truly amusing when college students complain they have no time and upon further discussion I discover that they live with their parents and don’t work. It’s around this point that I lose hope in humanity.

If we are raising children to become young adults who cannot carry more than a full course load at a time, then I wonder how exactly they plan on living as a mature adult. I just heard about employees for a company who have been complaining about staying late, going in after hours for meetings and not being scheduled in ways that work with their lives – and then I heard about the fact they sit around and watch television while on the clock. Are you kidding? They’re complaining about a list of things and yet they don’t realize how easy they have it.

I don’t have a lot of free time on my hands. I do take on many more things than I should. I do my utmost best in all aspects of my life. Neither my work nor my school is lacking. In fact I will brag about myself for a moment – I’ve been on the Dean’s List every semester and have over a 3.8 cumulative GPA. I am a hard worker. Something that seems to be an idea of the past.
I’ve made it through a lot of very difficult times in my life because I have continued to strive.

Babe Ruth said, “It’s hard to beat a person who never gives up”. Great advice, especially to those who fail to see how much they have to be thankful for.

Recently I’ve been debating about getting back into writing. One of the cons is the fact that I have very little time. However, one of the pros of writing is the fact that I love it tremendously and am capable of truly sorting out my thoughts through it. So after a few days of removing myself from social media sites (i.e. Twitter, Facebook, Pinterest) and focusing on my classwork as well as revamping “Individual Odyssey”, here I am! 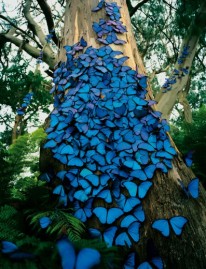 For the first time since launching, the site has a new look! I believe it is a better fit than the previously dark theme that was in place. While the dark theme was a perfect outward example for the experiences in my life when the site was originally launched, a lot has changed. The differences in myself between the time of launching this site and now are as obvious as a caterpillar who has gone through metamorphosis and is now a butterfly, or so I like to think. Hopefully over time my posts will reveal a different writer to those of you who have followed my journey thus far. As things have changed, I felt as though the website should change as well.

I cannot, and will not, promise regular postings. As always though, I will do my best to be open and share my thoughts on different topics.

It’s amusing that so many people go through their lives believing that they are the only ones who have to deal with any number of things. All too often have I overheard conversations where people are explaining to their friends about an issue they are facing, when I remember dealing with a very similar issue whether years ago or recently. It would be so refreshing to be able to reach out to those people and they accept what others outside of their current friends has to say. Maybe I’m crazy for thinking that this could ever happen in our society, but a person is allowed to dream!
So while I may not feel as though those who are talking about issues in their life are willing to listen to a total stranger, I shall write my take on issues here.
Entirely accessible to the general public.
For the taking or the leaving of whomever shall pass by.